Werner’s Wings is pleased announce the release of Stock# 35-15 AH-6J FLlR and Mount. This set is designed for the Kitty Hawk AH-6J or MH-6J.

The set provides you with three parts, the mount, FLIR ball and CLEAR disk to represent the glass. You may want the glass tinted or clear so we left that up to the modeler. The set was designed by Joe Szczygiel, or Mother as he is more commonly known.

The parts are unpainted.

The set represents ONE of the three types of mounts for the FLIR that were used on the Little Bird. In addition to the three mounts there were no less than FOUR FLIRs operationally fitted to the AH-6J and MH-6J. This set represents one type, the Hughes AN/AAQ-16 Night Vision System.

The FLIR ball is not always fitted. In Somalia, only AH-6J Barber 51 had the FLIR mounted. The others had the mount but no actual FLIR. This mount was also used on early AH/MH-6M aircraft but with a different FLIR ball.

While designed to fit the Kitty AH-6J/ MH-6J this set can be easily used on the Dragon AH-6J kit. 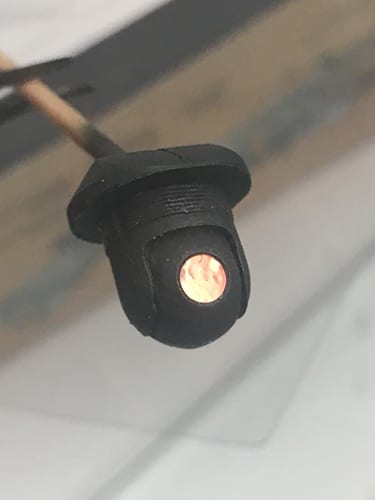 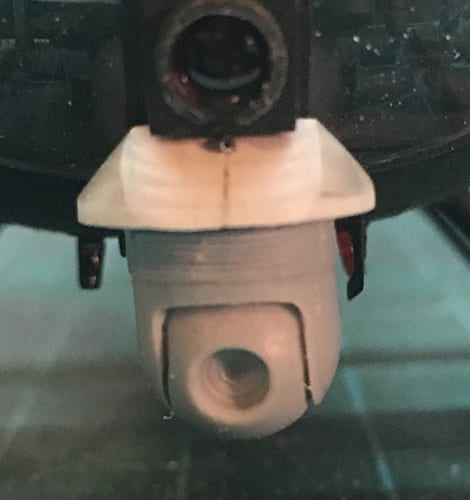 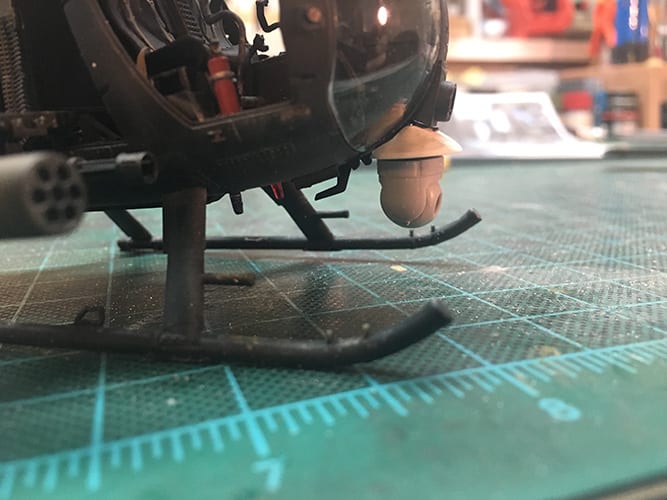 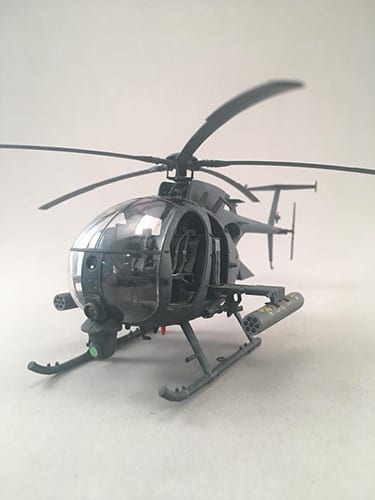 The set corrects the mistakes and incorrect parts in the 1/48th scale Kitty Hawk UH-1D Huey. The set includes all five back wall panels that will include the mounts for the transmission that Kitty Hawk did not mold on the backside. Also included are a new cabin roof, which includes the lights, vents and ICS panels that are missing in the kit, as well as, a new overhead panel with correct switches and knobs. Those parts were designed by Andrew Perren. The forward aerodynamic strake along the chin bubble that is missing in the kit will be offered in two options, straight or curved. A ‘rectangular’ roof antenna is also included. Four first aid kits will be included to mount to the
B Pillars . 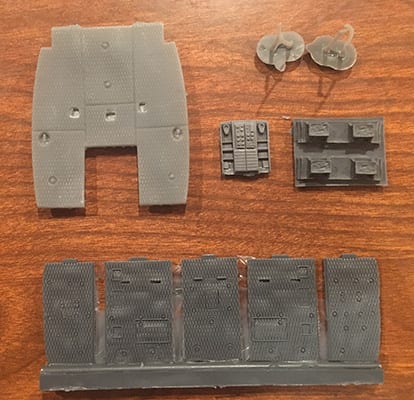 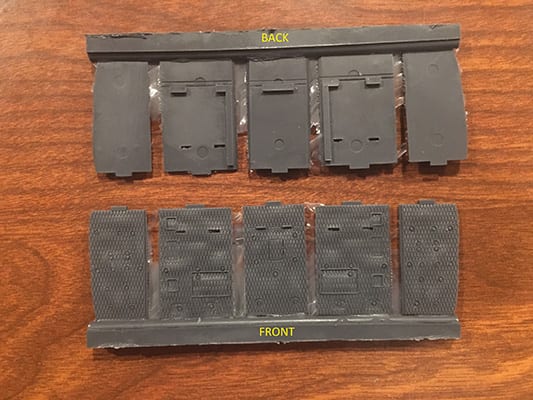 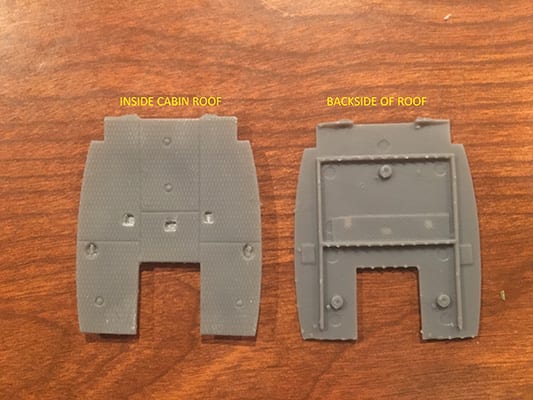 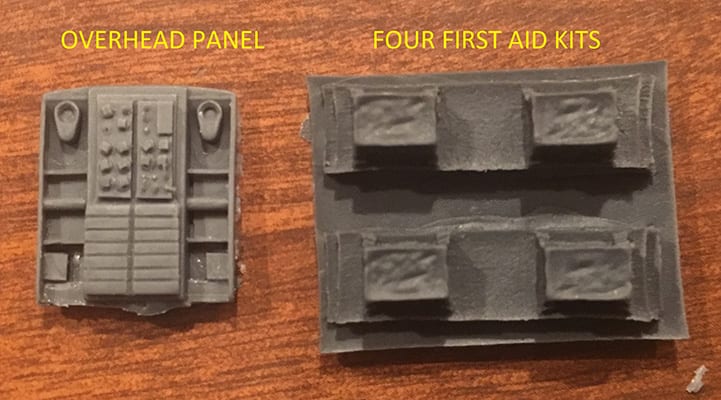